For the second half of 2021, millions of families across the nation received monthly payments of the Child Tax Credit (CTC), the nation’s first “child allowance”. This was possible through a temporary increase in the credit’s maximum amount from $2,000 to $3,600 for children under 6 years old and $3,000 for children 6 to 17 years old. The temporary CTC expansion also eliminated the minimum earnings requirements, addressing a feature that made families of color, particularly Black and Latinx families, receive smaller benefits per child due to labor market inequities, gender and racial wage disparities, and family size differences[i].

In Illinois, it is estimated that the CTC reduced child poverty by over 45%.[ii] Emerging research shows the expanded CTC helped families cover basic expenses (e.g., food, clothing, utility bills)[iii], decreased financial anxiety[iv], and increased employment among single mothers[v]. The expanded CTC also minimized the negative impact of income losses due to reductions in work hours, layoffs, and pay cuts. This was particularly helpful to Black and Latinx families with young children[vi], as they were more likely to report income losses over the past year compared to White families.

Unfortunately, Congress has yet to decide if they will extend the widely popular and impactful expanded Child Tax Credit. You can let lawmakers know what the expanded CTC meant for you by sharing you story here.  In the meantime, lawmakers and advocates in Illinois are pushing for expanding state tax credits through the creation of a state CTC and extending eligibility to the state EITC to include young adults, workers over 65 years old, and those who file taxes with ITINs. These commonsense reforms that will advance tax equity in Illinois.

Check out the YWCA website for more information about tax filing and the Child Tax Credit. If you don’t normally file a tax return and have children 17 years old or younger, you may be eligible for the CTC and could use the new simplified tax filing portal starting in May at www.getctc.org. 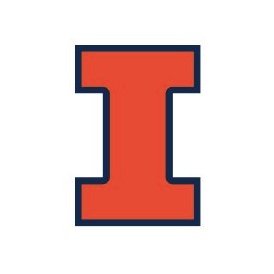