The 2nd Annual Girls Education Conference: Progress, Power & Possibilities, presented by YWCA Metropolitan Chicago and African Community Fund for Education (ACFE) is a virtual, half-day summit designed for attendees to learn from and contribute to a discussion on early learning innovation, expanding youth educational experiences, the importance of mentorship, and the economic impact of investing in girls’ education.

Keynote and Q&A: The Digitalization Age 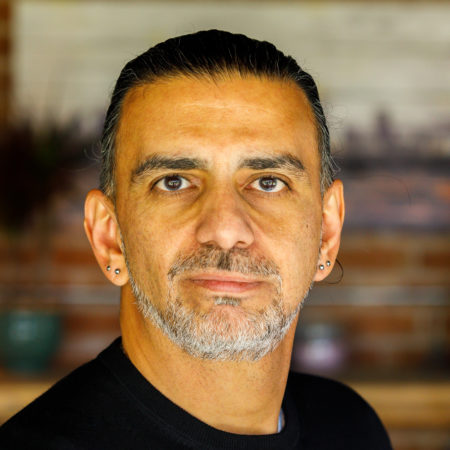 We are living in extraordinary times. Digitalization has impacted our lives for a few decades now, and it will affect all segments of our world at some level of degree. We are at the very beginning of the digitalized age, and the pandemic is only going to expedite its growth. To prepare for this future, students need to understand the role digitalization plays and develop the critical human skills required for this new age. The idea of “lifelong learning” has been around for a generation. Still, we haven’t ever really put in practice to make this idea a reality. We have the tools and technology to bring lifelong learning to life; our students will not survive the future without the ability to learn new skills continually. In this presentation, Jaime Casap will explore these ideas and make a case for the ability to learn as the most critical skill students need to master.

Jaime Casap is the Chief Education Evangelist at Google. Jaime evangelizes the potential of digitalization as an enabling capability in pursuit of promoting inquiry-based learning models. Jaime collaborates with school systems, educational organizations, and leaders focused on building innovation into our education policies and practices.

In addition to his role at Google, Jaime serves as an advisor to dozens of organizations focused on learning, skill development, and the future of work.  He is the coauthor of “Our First Talk About Poverty,” as a way to talk to children about poverty.  Jaime helped launch the Phoenix Coding Academy, a public high school in Phoenix, AZ, focused on computer science as part of an inquiry-based learning model.  He teaches a 10th-grade communication class at the school.  He also guest lectures at Arizona State University.

He speaks on education, digitalization, innovation, generation z, and the future of work at events around the world.  You can follow and reach him on Twitter at @jcasap and watch his YouTube career advice videos at www.youtube.com/jaimecasap.

Presentation and Q&A: Developing the Next Generation of Girl Bosses 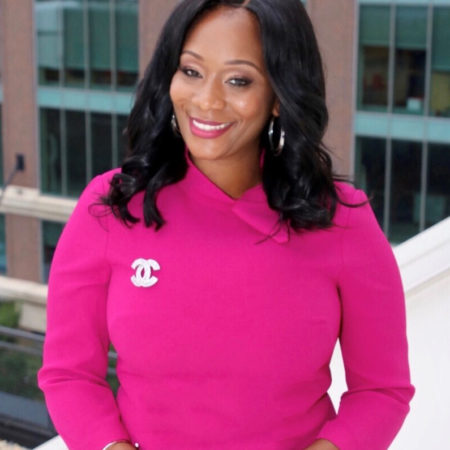 In this presentation Cameka Smith will discuss:

Speaker, trainer and award-winning entrepreneur – these are just a few words that describe Cameka Smith, Founder of The BOSS Network, a community of professional and entrepreneurial women who support each other through conversation, online engagement and event-based networking. Working towards one simple goal, BOSS® is “Bringing Out Successful Sisters” to promote and encourage the small business spirit and professional development of women.

Under Cameka’s leadership, The BOSS Network has become one of the fastest-growing women business communities, garnering several accolades such as a Top 50 Website for Entrepreneurs (Inc. Magazine), 10 Best Career Sites for Women (Forbes.com) and one of 9 Twitter Accounts to Enhance Your College Experience (BlackEnterprise.com). In recognition of her achievements, Cameka was listed in Jet Magazine as a 40 under 40 Entrepreneur, named one of the Top 40 Chicago Game Changers by Ariel Investments, The Network Journal listed her one of their 2016, 40 under 40 Business Leaders, and she was presented with a Rising Brand Star award by the Adweek in 2017.

With a Master’s degree in Education, Cameka developed student academic programs for more than ten years. After being displaced from her job in 2009, she established The BOSS Network to support women in their journey to become independent and successful utilizing the power of networking and technology. Since then, The BOSS Network has evolved into a go-to resource for companies seeking female influencers as their target market. A one-stop-shop for career and entrepreneurial minded women, The BOSS Network provides its members and partners with professional connections, resources, and marketing and promotional opportunities.

As the author of 7 Steps to Grow Your Professional Network: A Guide for College Graduates and Professionals in a Tough Economy, Cameka frequently travels to college campuses with her nonprofit, BOSS On Campus and speaks on career development and leadership topics. Cameka currently resides in Chicago where she is actively involved in charity work and mentoring youth. In 2019, Cameka celebrated 10 years, empowering women and girls with The BOSS Network. 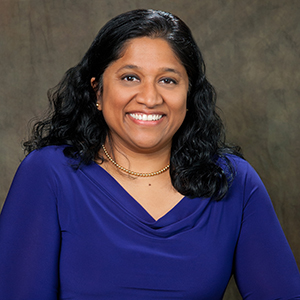 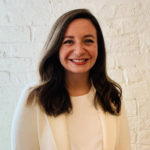 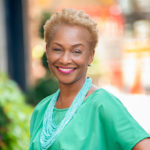 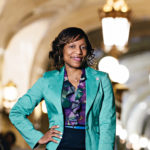 Esther has been a global executive in the public, private, and civil society sectors for over 25 years. She has led programs in more than 100 countries worldwide.

Esther is currently CEO and Executive Director of World Education Services, Inc., a global social enterprise that evaluates and advocates for the recognition of international education qualifications.

Previously, Esther worked with Laureate Education, Inc., the global leader in providing access to high quality, innovative institutions of higher education. She was Laureate’s CEO for Africa Operations and CEO of Monash South Africa, Laureate’s first university in Sub- Saharan Africa, with nearly 4,000 students from every country in Africa. She then served as Laureate’s SVP for Global Public Affairs and was integrally involved in Laureate becoming the largest certified B Corp in the world, and the first Public Benefit Corporation to IPO on any stock exchange globally.

Esther served in President Obama’s Administration as Associate Director for Global Operations for the Peace Corps. She was a member of the U.S. Senior Foreign Service and a Presidential Appointee. She oversaw Peace Corps programs in nearly 80 countries. Following the 2008 elections, she served on the Obama-Biden Presidential Transition Team.

Esther also worked at the International Youth Foundation, as CFO, then as VP for Business Development, responsible for the development of global programs and partnerships in 75 countries. She was Executive Director for Resource Development at the International Partnership for Microbicides, a global biotechnology organization developing products for women in developing countries to protect themselves from HIV. She mobilized funding support from the Bill and Melinda Gates Foundation, the governments of the United States, Canada, and ten European donor countries.

In 1999, President Clinton appointed Esther a White House Fellow. In this capacity, she worked with Secretary of Labor Alexis Herman on international policies and programs. She received the White House Fellows Foundation and Association’s IMPACT Award in 2013, which recognizes the remarkable achievement and transformational contribution of a White House Fellow to society and to their professional field within 15 years of their Fellowship year.

In 1994, Esther was appointed United Nations Humanitarian Affairs Officer, responsible for coordinating humanitarian aid in Somalia. She worked with the World Bank History Project on the Brookings Institution’s 1997 publication entitled The World Bank: Its First Half Century. She has additional private sector experience in management consulting with Grant Thornton and with Arthur Andersen.

Esther serves on the Board of Directors of Echoing Green, Seed Global Health, and the Foundation for Society, Law & Art in South Africa, as well as the Advisory Board of Game Denmark. She was a Fellow with the U.S.-Japan Foundation and the U.S.- Southern Africa Center for Leadership and Public Values. She participated in Asia Society’s Asia 21 Initiative for young leaders in the U.S. and Asia, and the Remarque Forum for young leaders in the U.S. and Europe. She was a Council on Foreign Relations Term Member.

New York Times best-selling author Wes Moore profiled Esther as “The Globalist” in his book entitled, The Work: My Search for a Life that Matters.

Jill Eid is the Executive Director of Girls on the Run-Chicago (GOTRC), a non-profit after-school program that inspires girls to be joyful, healthy, and confident using a fun, experience based curriculum which creatively integrates running. Under Jill’s leadership GOTRC will serve more than 10,000 girls this year with their life changing programs.

Jill has spent her career growing and scaling nonprofit organizations for increased impact and operational efficiency. Prior to GOTRC, Jill served as Associate Director of Growth & Strategy at Cradles to Crayons, where she played a key role in developing the organization’s national governance and shared services models, and led the organization’s first strategic expansion into a new market – Chicago.

Jill holds a B.A. in Psychology from Stonehill College and a certificate in Nonprofit Management and Leadership from the Jonathan M. Tisch College of Civic Life at Tufts University. Jill is a member of the Strategy Committee for the Institute for Nonprofit Practice, and coaches for Girls on the Run-Chicago. Jill lives in Chicago with her husband.

In 2010, Carla Walker founded think BIG strategies, a strategic communications and planning consultancy, to work with leaders of nonprofit, government and business to drive dynamic change in their communities. Her extensive project portfolio includes serving as the Climate Advisor for the City of Cincinnati, advising a 12-state collaboration of extension educational institutions on equity in green infrastructure, leading communications strategy for a coalition of social justice non-profit organizations, managing the member relations across North and South America and the Asia Pacific for a global public relations association, and leading advocacy campaigns for development of women and girls across Sub-Saharan Africa for ONE.org the global organization founded by international artist Bono of U2. For five years, she has served as the Strategic Advisor to the founder of African Community Fund for Education Group.

She currently serves on the Board of Directors for the Lloyd Library & Museum, Cincinnati Opera, Ohio Citizen Action, Congress for New Urbanism-Midwest, and the Cincinnati Environmental Advisory Council. As the volunteer President of the Cincinnati-Nancy Sister City Association she manages the municipal relationship between Cincinnati and its French Sister City creating initiatives to connect citizens across cultures. She has received numerous recognitions for her civic contributions including the Impact Leadership Award from the Greater Cincinnati United Way, Inspiring Innovator by the Cincinnati NAACP, Sustainability Advocate of the Year by Midwest Regional Sustainability Summit, twice recognized as a Cincinnati Champion by the Cincinnati Convention & Visitors Bureau, and Outstanding Achievement by the Greater Cincinnati Women’s Political Caucus. She holds a BS from the University of Cincinnati, an MS from the University of Florida and a master’s in public administration from the Harvard Kennedy School.

Victoria R. Watkins is an attorney in Chicago, specializing in legislative, fashion, entertainment and creative industry law, general business, copyrights and trademarks, and other related fields.  She is Chief of Staff to Chairman and Co-CEO John Rogers at Ariel Investments.  Prior to joining Ariel, Victoria worked for the City of Chicago in the Office of Mayor Rahm Emanuel, serving as Senior Advisor and Deputy Director of Legislative Counsel & Government Affairs.

She is a Co-Founder and President of Project Style, a non-profit which provides workshops to young women on confidence and self worth.  She recently published a children’s book, Little Valarie and Her Big World of Options (littlevalariebigworld.com), and launched a curated tea line, Joy & Magic (joyandmagic.co). Victoria recently joined the Boards of Youth Guidance and WINGS.

Victoria is a graduate of the University of Illinois at Urbana-Champaign, and earned her Juris Doctorate from DePaul University College of Law.

The YWCA encourages you to support this event and become a partner in creating an inclusive marketplace where everyone has the opportunity to thrive. Email events@ywcachicago.org to learn more. 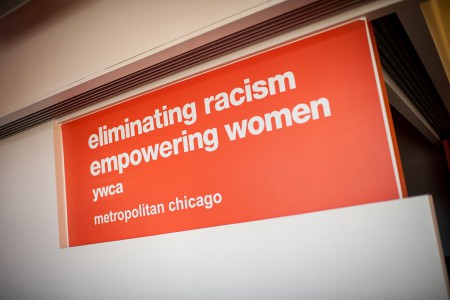 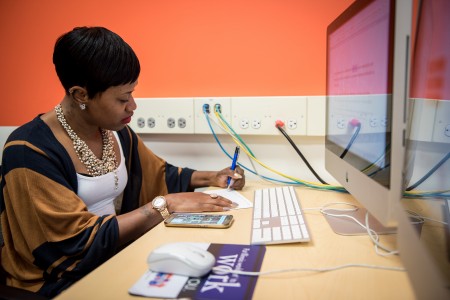 This 12-week program will cover a host of office admin topics and prepare the student, thoroughly, for a career involving office technology. Click here for more details. To register, please contact Greg Vaughn at the …

1:00 pm YWCA STEAM & Youth Development V... @ Online
YWCA STEAM & Youth Development V... @ Online
Aug 4 @ 1:00 pm – 2:00 pm
YWCA Metropolitan Chicago has a limited number of scholarships for youth who otherwise would not be able to attend our programs due to a lack of financial resources. Scholarships are awarded based on need and …

This 12-week program will cover a host of office admin topics and prepare the student, thoroughly, for a career involving office technology. Click here for more details. To register, please contact Greg Vaughn at the …