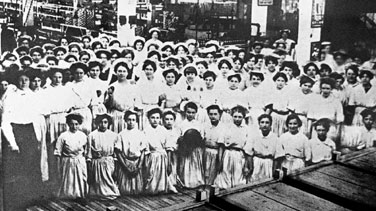 The YWCA offered physical and educational programs
during lunch and breaks to women who worked in factories.
Photo circa early 20th century.

A dispensary provided medical needs and personal care in the homes of the sick. This work was the forerunner of the Visiting Nurses Association. The first of nine YWCA female residences was established.

The YWCA established a residence and services to meet the needs of young African American women.

Women learned a trade in an "ever-popular
millinery class" in 1921 at the YWCA Indiana
Branch, 3541 Indiana Avenue.

The YWCA pioneered its work in race relations. By the early 1940s, all leadership and services were racially integrated.

YWCA Programming was expanded to many neighboring Chicago suburbs. 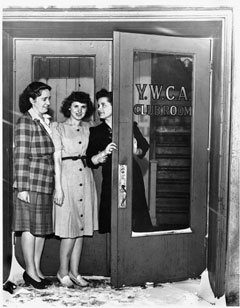 YWCA Clubs were the nucleus for a variety of programs
for women and teens through much of our history.
Photo circa 1940s.

Modern child care began with a Head Start program at the King Center. 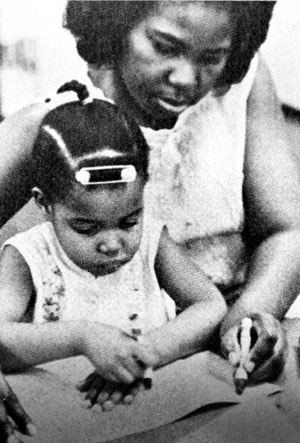 YWCA Operation Head Start programs for
preschool children, like this one at 436 E. 39th
Street, began in the mid-1960s.

The Chicago YWCA changed its name to YWCA Metropolitan Chicago to reflect its geographic outreach.

The YWCA held the first Leader Luncheon to honor the accomplishments of working women. 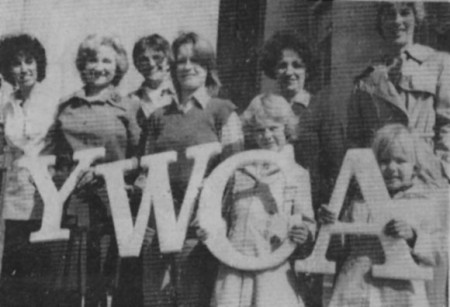 Members of the YWCA-West Suburban Area posted
signs on the front and rear of their offices to make YWCA
services better known and used by all women who may need them.
Photo 1981.

The YWCA focused it programs in three service programs-services to women in crisis, child care and community services.

The Racial Justice Award was established to recognize the YWCA's commitment to eliminate racism. 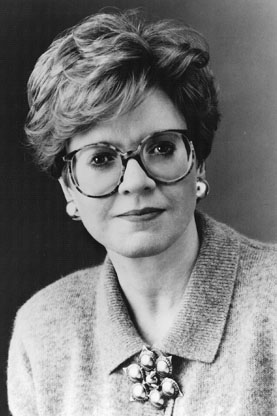 Julia Stasch, President of Stein & Company and first
recipient of the YWCA Racial Justice Award in 1991.

The YWCA began a multi-year expansion of services to Latino and Asian populations, people with disabilities, the gay-lesbian-bisexual-transsexual communities.

YWCA offers counseling services that address
the unique needs of the LGBT community.

In February of 2003, YWCA Metropolitan Chicago moved its corporate headquarters to the historic London Guaranty Building at 360 N. Michigan. This move was part of the YWCA's strategic plan "to become Greater Chicago's recognized leader for the empowerment of women and a driving force for racial justice by 2008." 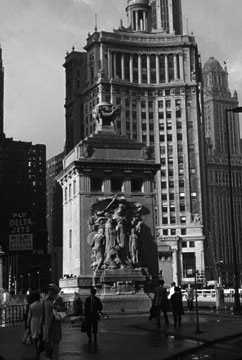 In 2004, YWCA US launched a bold new brand that is a powerful representation of who we are today. We have always been committed to eliminating racism and empowering women-now our vision is 'front and center' as a part of our core identity. The launch of the new brand not only places our vision at the forefront of our story, it also challenges us to reinforce the elimination of racism and the empowerment of women in everything we do.

YWCA launches new logo and branding campaign to focus on core issues of the agency's mission.

The YWCA honored its first Promise Award winner, Nicole Truog, at Leader Luncheon. The Promise Award continues to be given annually to a woman under 30 with sufficient community service and professional success to indicate her potential for extraordinary leadership and service.

October 2007 launched the first major fundraising campaign in over 40 years. Inspire. Believe. Thrive. The Campaign for the Model YWCA is a $6.5 million effort to raise money for new programs and new community centers. In December of 2007, the YWCA opened the first of five new Model YWCA Centers, The YWCA Metropolitan Chicago Laura Parks, Mildred Francis Center, to serve the Cottage Grove community.

YWCA launches its first campaign in more than 40 years, Aspire. Believe. Thrive. The Campaign for the Model YWCA.

The YWCA opens the Laura Parks and Mildred Francis Center, the first Model YWCA Center, in Greater Grand Crossing on Chicago’s South Side.

The YWCA opens the Patterson and McDaniel Family Center in the western suburb of Glendale Heights.

The Transformative Leader Award created to honor women for their exceptional achievements in leadership. 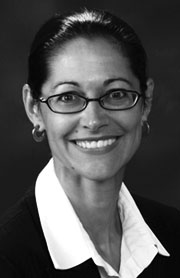 In order to position the organization for future success, the YWCA embarked on transformation from social service agency to social enterprise, launching new programmatic initiatives through strategic partnerships, including Developing Digital Diversity (3D), the CONSTRUCT program, and Business and Entrepreneurship Services.

The YWCA implemented a digital engagement strategy for constituents and created a new logo that speaks to the holistic nature of YWCA service provision.

The YWCA launches YShop, a proprietary e-commerce site, in partnership with local businesses.

The YWCA opens a new location in Logan Square, the Cynthia Lafuente Center.

The Trailblazer award is created, and honors Christie Hefner as an activist, corporate executive, and philanthropist.

The YWCA opens a new location in the North Lawndale community, the Julian Grace Innovation and Technology Institute.

The YWCA partners with the Illinois Department of Veterans’ Affairs and the Federal VA to launch Tiny Boots. The program provides quality, state-licensed childcare at no cost while Illinois Veterans attend scheduled medical or counseling appointments; or job interviews.

The YWCA holds a re-dedication ceremony for the Laura Parks & Mildred Francis Center in Woodlawn, along with the grand opening of the Bertha McMorris Innovation & Technology Institute.